Meltingly soft leeks on a bed of creamy white beans. Feels like it maybe shouldn’t work, but the textural contrast between the starchy cannellini beans and the gently fibrous leeks really does keep each and every bite interesting. Add to that a soothing fennel broth and a tangy-but-mellow lemon shallot dressing, and you’ve got yourself a really comforting way to brighten up what might be an otherwise dark and gloomy day. Call it leeks vinaigrette on creamy white beans if you like or simply, if like me you’re a fan of concision, beans vinaigrette. 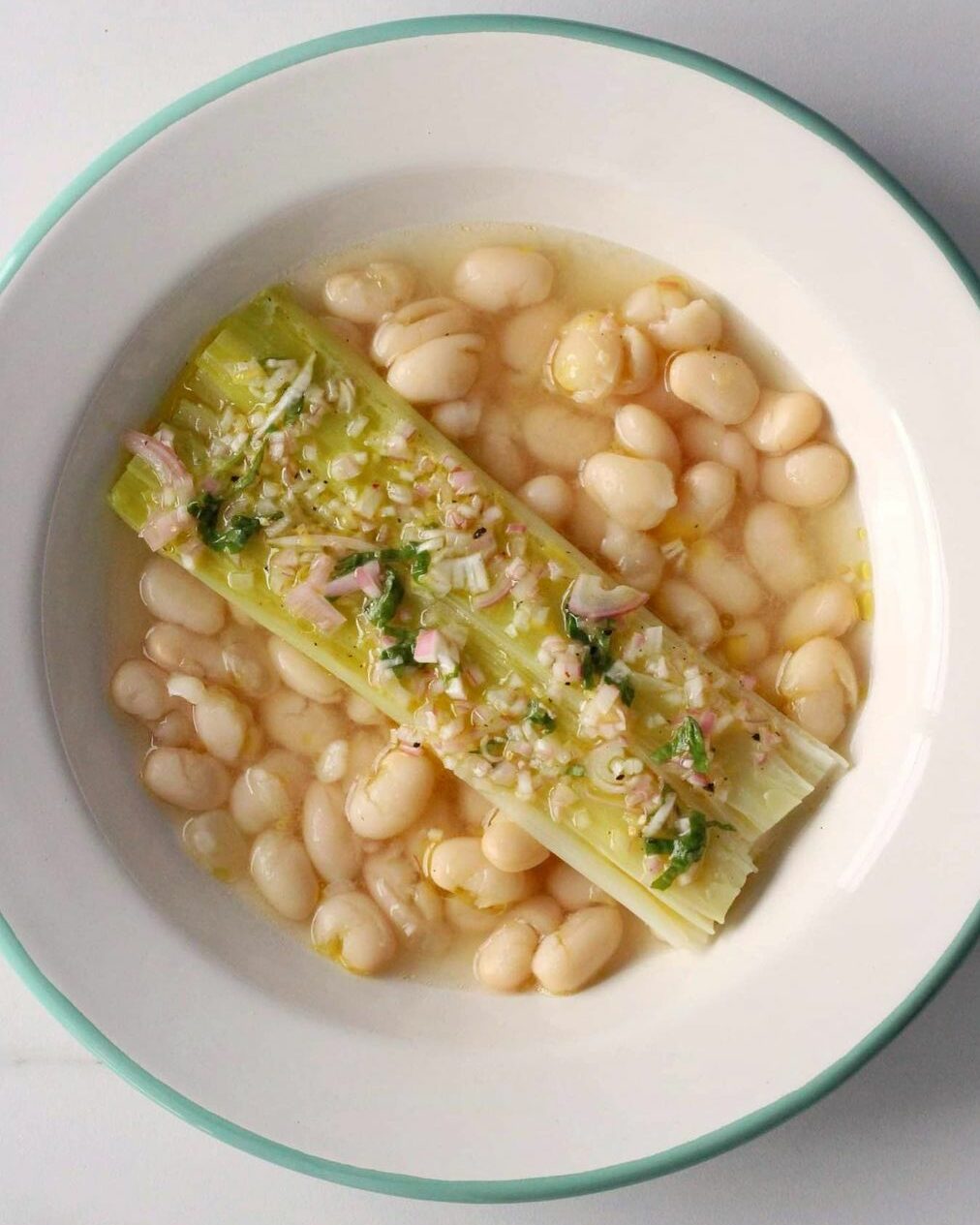 This really is two recipes combined into one, so if you’re ever feeling like just having brothy beans or zingy leeks, you’re in luck. Instructions for both are presented separately below, and all that’s left to do at the end (if you so desire) is serve one on top of the other.

tip: for a more concentrated broth, simply return the pot of cooked beans to the stop, lid removed, and leave to simmer on medium-low heat until the desired level of liquid has been achieved 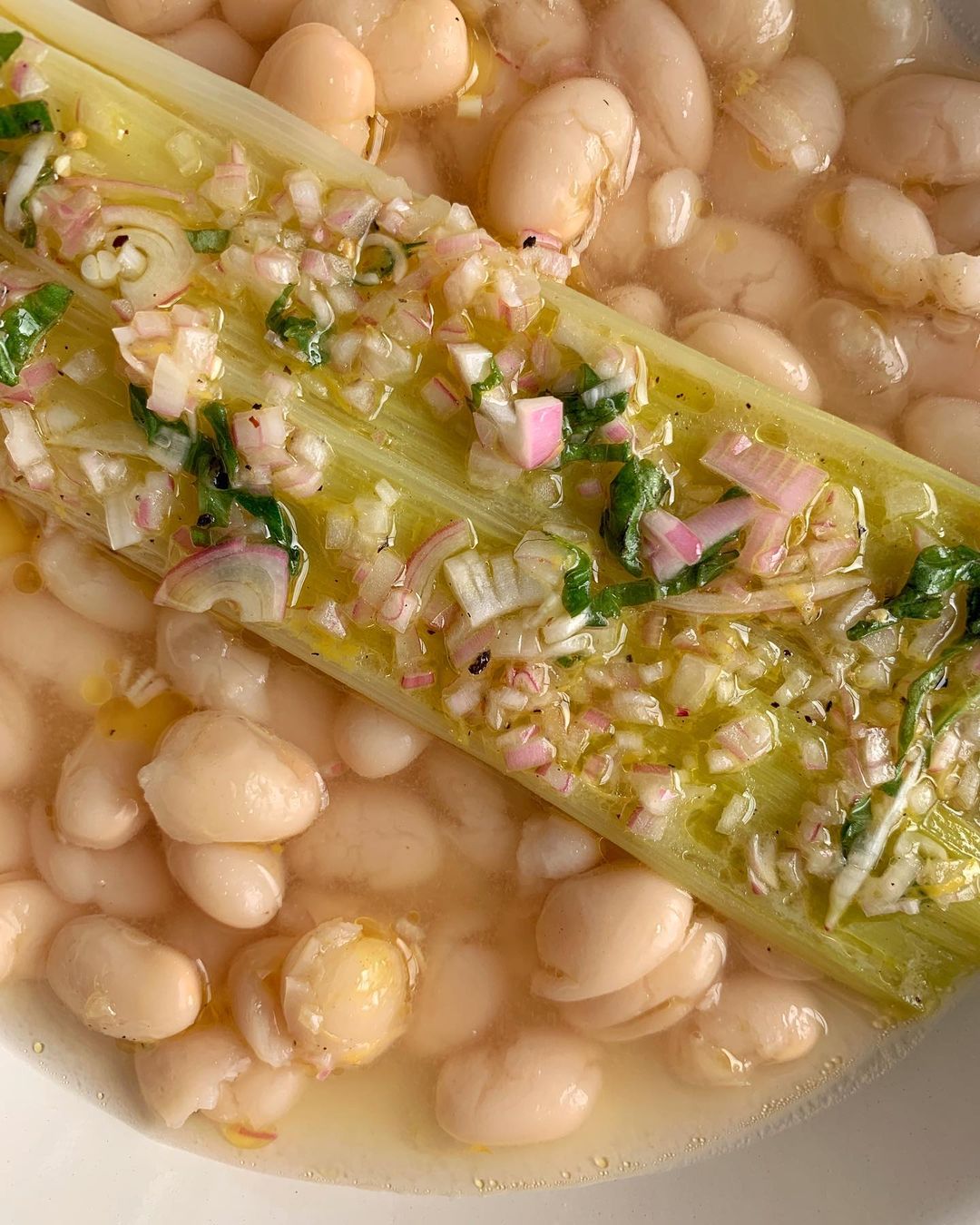 serves 4, alone as an appetizer or combined with the brothy beans above for a light meal

If you’re more of a visual cook like me, you can head on over here to my instagram story highlights to watch me make this lovely dish.

sign up for a monthly(ish) newsletter with exclusive recipes, meal ideas, tips & more!

the last of the summer pastas! as simple as a juic

these days I make sourdough bread with almost ever

roasted sweet potatoes in a fresh tangle of spicy

I made this wonderfully crisp and creamy salad a l

summer’s not over yet and these juicy tomatoes w